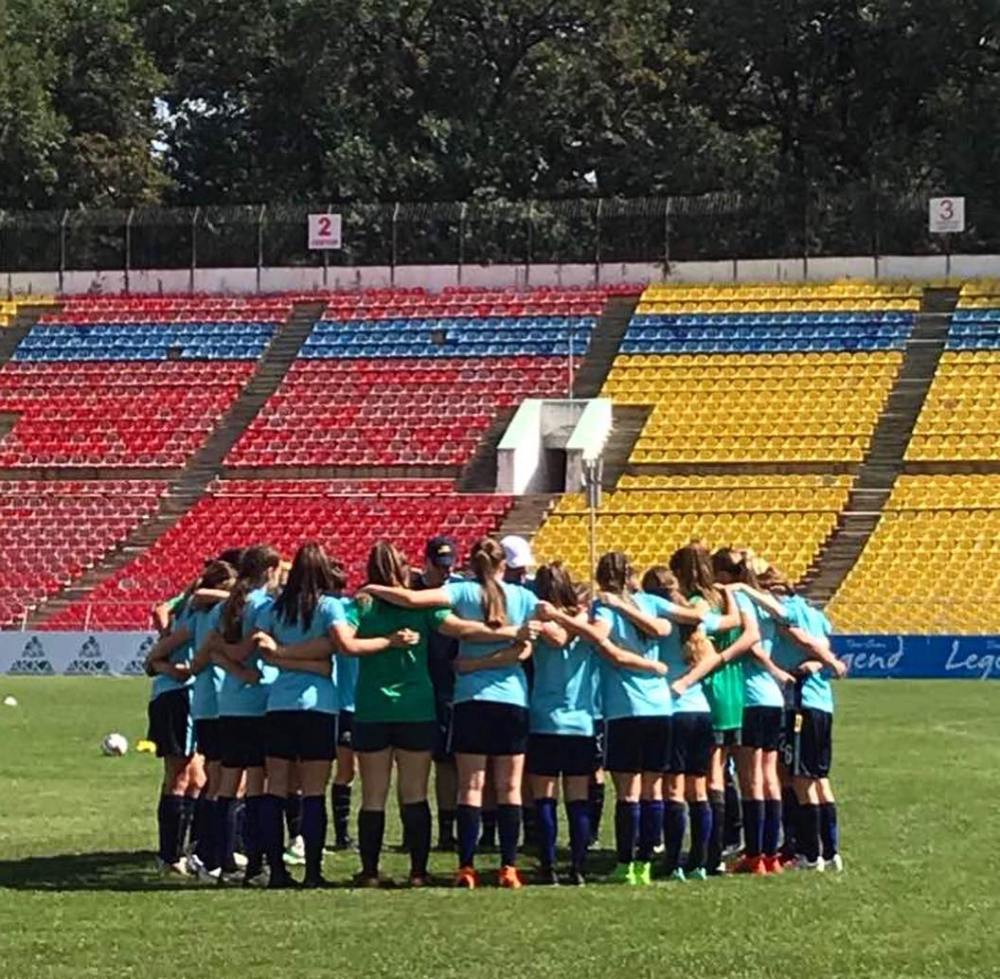 This afternoon I was on the phone to my Mum telling her of my plans to watch some football for the evening, I said there’s going to be some goals, and honestly I hit the nail on the head right on. There were goals. With match day 2 in the AFC U-16 Women’s Championship 2019 qualifiers and there is almost a sense of deja vu as the Junior Matildas come off once again 11 nil victors. If you’re to look purely at the score line, this is definitely a carbon copy of Monday’s result against Palestine. However, take out the final goal tally, and the way Indonesia set out in this game was completely different.

As Palestine started from the go with a plan to retreat and wait for the opponent to come to them, Indonesia threw out that book and wrote their own. Right from the kick off, Indonesia looked to press the Matildas defence, with their centre forward doing a lot of running to shut down the centre backs, then the support of the attacking midfielders on either side to really press the fullbacks when the ball was moved out from the back. With Indonesia’s press, it provided the opportunity for the Matildas defenders to prove their metal under pressure. Whilst an 11 nil result usually gives kudos to the forwards (and look they did well, we’ll get to them in a sec), the Matildas defenders did very well, holding and releasing the ball in the right situations. There were even glimpses of my personal favourite, the roaming centre back, who wins the ball and thunders up the pitch, ball at foot and space for miles.

Trouble with pressing fullbacks and wanting to win the ball so high up the field is when the ball goes beyond this line. The two midfielders left to defend for Indonesia created a congested area around the Matildas attacking midfielders, but left little to no support in stopping the threats from the wings. Meanwhile, the Matildas must have found the memo of space on the flanks, because they used it. Having already looked dangerous off the wings on Monday against Palestine, the wide players had an absolute field day here. They provided a master class on how to terrorise fullbacks. So often Indonesia’s fullbacks were dragged right out, unable to win the ball, for a centre back to feel sorry for them, start to head over to help out, but right on that moment the ball was released by the Matildas winger to be crossed into the box to a fellow forward who’d lost their marker. The crossing was so effective at causing havoc that at least five of the goals can be directly pinpointed to as a result of a quality cross.

Eleven goals. There were some good goals in the mix there. One was the last from Georgia Beaumont, who rounded off her four goals for the game with a delightful goal. Jordan Jasnos won the ball in midfield as Indonesia looked to counter, danced around another defender and simply laid it off to Beaumont who had all the space and having not quite had her fill of hitting the back of the net, to tee the ball home into the bottom corner. My pick of the bunch has to go to the matches seventh goal. Having the ball in the middle of the park, the Matildas holding midfielder had better eyes than I did, proving this by threading the needle, passing the ball in behind Indonesia’s fullback. The ball to held up perfectly and provide the opportunity for the winger to receive the ball near the end line, cross it through the mixer, for Jasnos, free on the back post, to tap it between the recovering goalkeeper’s legs.

With two wins under their belt, lets see if these young guns can hit another eleven past the next two opponents. Friday night they’ll be up against Kyrgyz Republic at 9pm Aus time, then Sunday is the Chinese Taipei at 5pm, all streamable on the Matildas website. And look honestly, if you want to watch some goals, have no commentary to complain about and learn how to play those two wide forwards as proper wide forward, you should tune in.