Oh back so soon? Yeah, I like this series. Here’s the second edition of “This is why we fight for change #equality”.

My phone was pinging with “anyone want accreditation for FIH” for a good few weeks. Belatedly I realised the Hockeyroos were going to play in my backyard of Tassie. Luckily between The Women’s Game and the Hockey Australia media guys I got sorted (legends). Meaning on Saturday I got to experience some quality international hockey. Brilliant. The match has sold me on the game. I love it. Here’s two stories from the game and why we fight for change #equality. 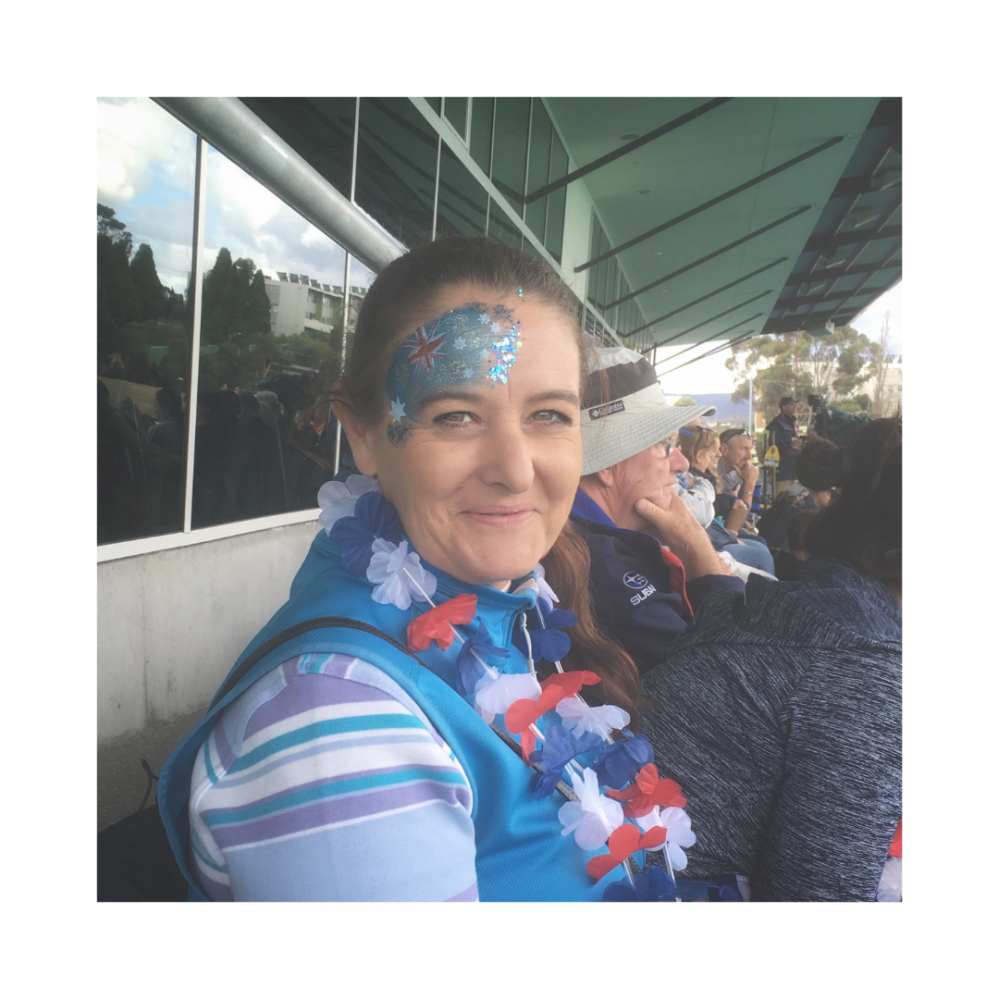 Whilst chilling out, waiting for the match to begin and mucking around with some phone camera lenses my brother gave me, I noticed two women next to me. They had an Aussie flag wrapped around them and looked set for the match in an organised way I seriously hope to one day replicate. I hear some giggles and a yell of “how old are you?” when the women closest to me from across the aisle gets up and clearly set on a mission. Obviously intrigued I make a comment to figure out what’s going on. One of them (Tammy) had got up to get her face painted in support of the Hockeyroos. Brilliant.

Tammy, clearly stoked with getting the free face paint, along with her friend, laughed when I asked how long had they been involved in hockey, “played in primary school, high school, as well as club hockey”, going on to blame their knees and having children as to why they don’t play anymore. Seriously I wish I’d been able to watch the match with these two next to me. However the German team needed somewhere to stay and as there were only two of us seated at the media bay, we got shafted and wound up on the other side of the grand stand. Thanks for letting me take your photo Tammy! One day I’ll have to actually watch a match with you guys. 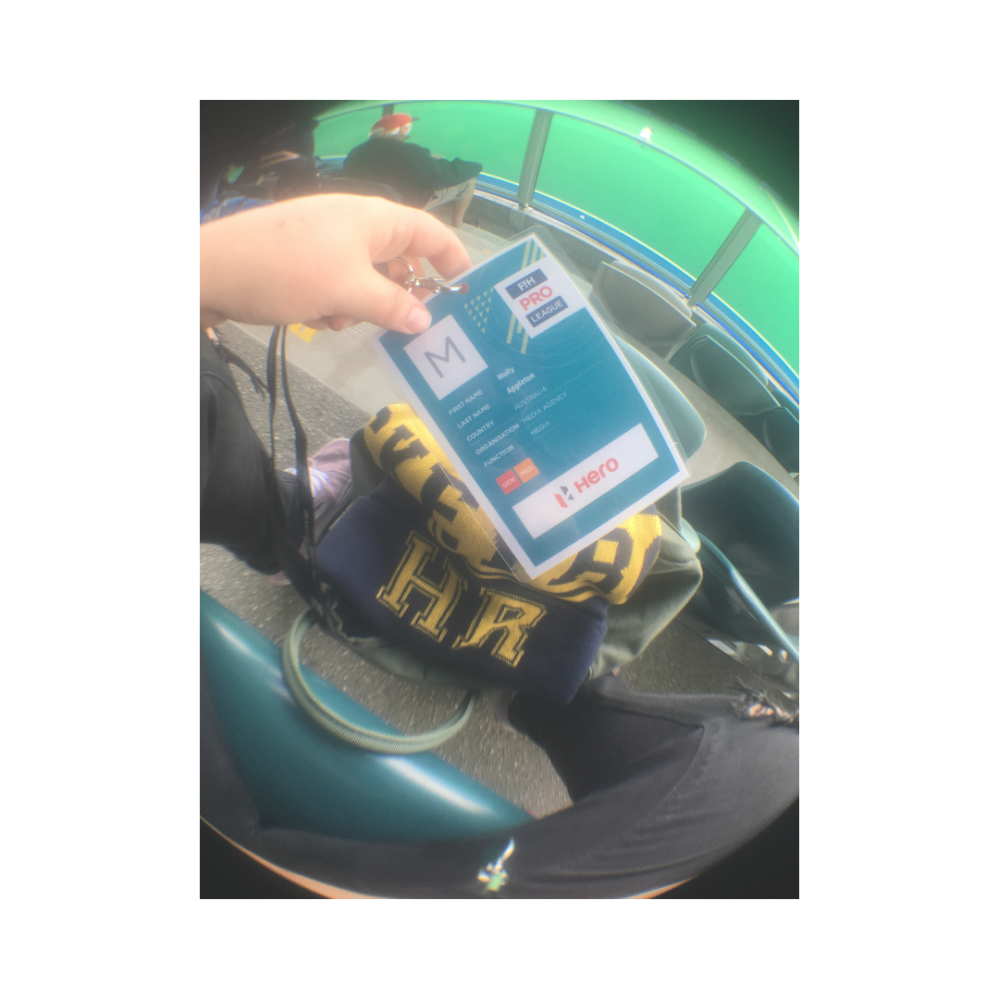 There are two stories to tell. The second one is more of a why we still fight for change.

Media generally get pretty well looked after with regards to seats yeah. Whilst I don’t always care too much for it and will sit where ever, with the rain coming in, I really wanted a spot in the grandstand. With my media accreditation around my neck, I go head towards the entry to the sheltered area. Someone’s at the door, the usual, checking tickets and what have you. I show my pass asking where I’m meant to go. She’s like “oh general admission, it’s full”. Looking a bit like a goose, I think to myself, Ok, odd. Apparently the media section at a Hockeyroos game is popular (despite knowing better).

I go grab some food and not fight it for a moment. I needed to recoup and come up with another plan of action. Manage a quick detour to the media area, where I speak to a couple guys who are like “no, pretty sure we have media seats” and a look to my emails to confirm, media does in fact have reserved seats in the grandstand. Arriving once more to where I’d just been turned away, a hot dog in one hand, and my phone with the email saying “reserved media seats” in the other, I go back, with more confidence to say “hey, this is me, where’s my seat”. Not fighting it, the same women on the door said “ah, should look more closely at the lanyard. I thought it said V”.

I love being a woman in media. I work in it, I volunteer in it and practically live and breathe it right now between working at Channel 7 Tasmania and all my sports writing. We need to be treated better though. This is just one example of the inequality in media. There’s plenty of room for us to fight for change and equality here yeah.