The final match in this crazy year cycle journey. To have the taste of victory soured by some quality finishing by China is slightly bitter. A 2-1 loss, in the last 15 minutes. Gutsy and oh, so close to hanging on.

However, it’s always the ride that’s the best part, and this has been one hell of a ride. To get to a point where we are competing and looking the stronger side against a youth powerhouse of China, that’s massive. We looked the goods. No one can argue we didn’t belong on that stage. Let’s be proud of that hey. 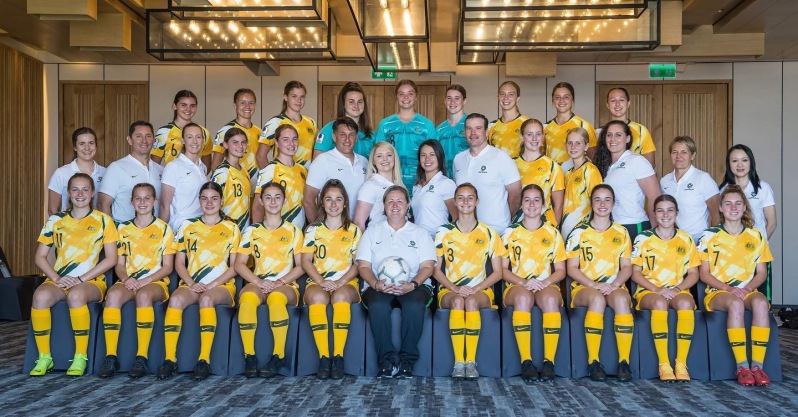 The starting 11 had a slight shuffle of the deck.

The magic of not having an out and out number centre forward is one I now enjoy immensely. It’s like skipping dinner and going straight for dessert, in the way the sweetness of players moving in the final third in an unconventional way creates moments of magic that are just delicious. Stamatopoulos took the leading role so to speak, her work deeper allowed Lowry and Jancevski to cut in on occasions. Add in having Zois and Rule both switching with Stamatopoulos, and it was a maze of player movement from any one transition.

Early promise provided a goal and some delightful football. Many coaches always yell “play with your head up”, that’s how we were passing, creating and playing for much of the first half. With noses ahead and confidence growing, it was a commanding display in the first half.

Finding a way around the swamping of the ball player in the midfield, employed by China, took creativity. The Junior Matildas showed the patience and creativity, often translating that to danger in the final third. But beyond the early goal, unable to put the opportunities away.

Defensively, we were strong enough to keep China to shots from outside the box. A ripping shot, forcing a stunning save by Templeman, was the first serious warning sign around the 40th minute that shots from the box may be a viable option for China.

A one goal advantage and an early substitution for the goal scorer, who looked to roll her ankle in a nasty fashion. The second half beckoned.

The fouls and intensity ramped up in the second half. While the Jr Tillies were able to show patience in the first half, that flew out of the door as the game wore on.

One nil is always a dangerous scoreline. It was here. As China began to grow momentum, we began to look rattled. Options to play the ball away from the crunching pressure in the guts of the park were no longer pulling off. The wings didn’t provide the width and freedom of the first half.

Individually, in one on one battles, the Junior Matildas were able to match China when they countered. However the opportunities grew for the opposition. More and more we were on the ropes, digging in the heels to keep the lean lead. It didn’t hold.

Some luck, and quality finishing were the difference. Frustration and heat drained, with China finding the reply and Australia being unable to serve it again. Gutted.

1” Lowry. In a tournament of slow starts, this wasn’t one of them. Jancevski found space on the left, to send in a mint cross. With runners in the box, it was Lowry who stepped up. Fooling her defender, the forward comfortably opened the scoring.

77” Shi Xiaomin. A free kick in a dangerous position. It’s sent high, searching for the back post. While Templeman went looking out deep, Shi Xiaomin had other ideas. Rising to reach the ball, the Chinese player bagged the all important equaliser.

81” Zou Mengyao. Whiffs of showing danger from a distance throughout the match, finally spelled disaster for the Junior Matildas. It was a stunner. When a goal reaches the cobwebs, leaving the keeper with no chance, there’s not much to do other than clap. Take a bow Zou Mengyao.

Tears, it hurts. A great tournament by team, but today we were “on the wrong side of the scoreline” as a proud but heartbroken coach Rae Dower puts it. The match itself? “A very good game of footy”. There’s not much else we need to know.

I just wanted to say thanks to everyone who has read these things. Legit. Twelve months ago I joined this wild ride with the Junior Matildas. It was a place for me to grow and push myself as a writer creatively. Getting to talk about the kids, I had a bit more freedom. Watching feeds with no commentary and at that point not too many people following, it meant I could have free reign.

Seriously I feel so blessed to have seen first hand just through these posts how strong our football community is. I could ramble on for hours about this. But please, to everyone who has come along for this ride, thank you.

One last shout out to the parents of the Junior Matildas. I never thought in a million years I would have parents of such talented footballers reading and (seemingly) enjoying my stuff. You guys rock. Wish we could all be in India carrying this through next year. But we’ll be back stronger and I can’t wait to see where your kids tear up the pitch on the local stage, W-League and well beyond in years to come. 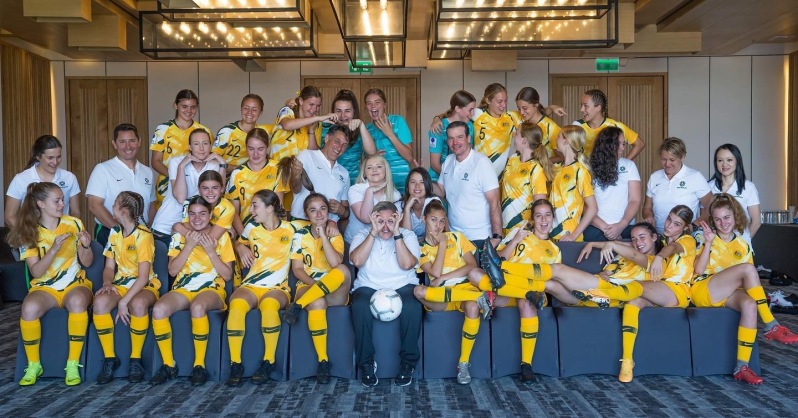 Matildas homecoming etches closer.
Referees go on strike
Wellington Phoenix gaffer announced
This one is for the referees out there.
The NWSL Players Association has made a statement to stamp out “systematic abuse plaguing the NWSL”.
A-STATEMENT