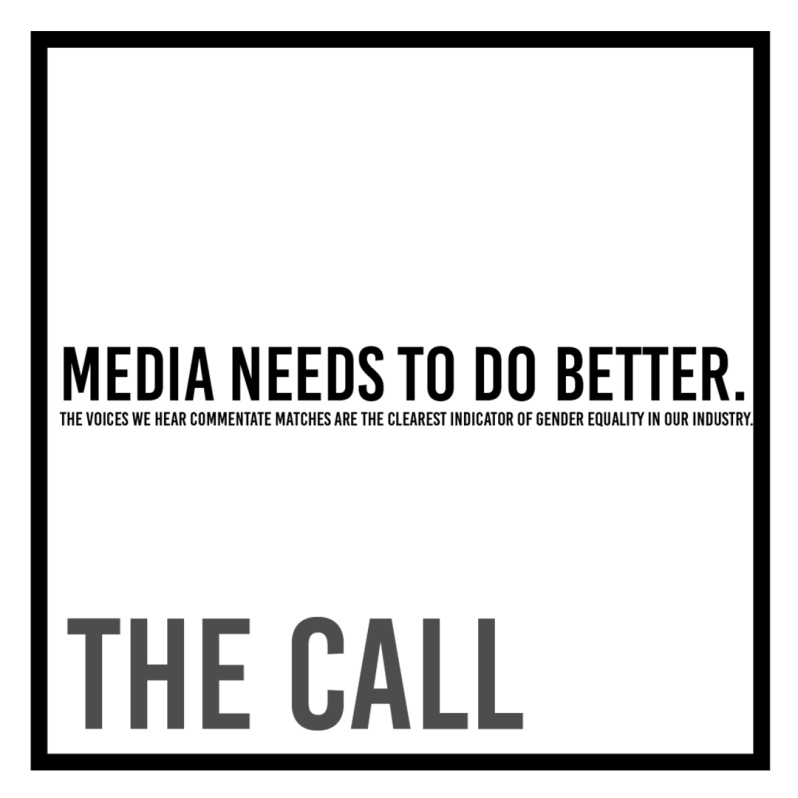 It’s not often my mum watches a match with me. On Thursday night it happened for the opening game of the W-League season between the Western Sydney Wanderers and Adelaide. By watching, of course I mean I commandeered the tv while mum was on the couch with me playing playing solitaire or scrabble on her laptop.

Despite my mum’s best of intentions to do otherwise, she’s spent a good 20 years listening to football in a similar fashion. Between my dad and myself, she’s been unable to escape it. So my mum kinda knows a thing or two about footy.

Barely fifteen minutes into the match, my mum exclaims “who is that man commentating? He’s rude, not interacting with the woman and I want to punch him in the throat.”

I struggle to disagree with her.

Across three matches, with two Matildas games and a W-League match, the one consistent voice has been Brenton Speed. The trio of Kate Gill, Grace Gill and Georgia Yeoman Dale were all involved in the ‘sidekick’ role with a match each. But it’s the voice of Speedy who was there each time. Not only the consistent, but the main audible voice of the play by play.

While the experience of Kate Gill and Grace Gill roughed over some of the edges Speedy brings to the call, it was still difficult to listen. To the point I was literally pulling my hair out that they didn’t know for certain Amy Harrison was locked in at the Wanderers in the first game against Chile. Simple stuff.

For Georgia Yeoman-Dale, in one of her first W-League matches in that role, the commentary of Speedy was down right unforgiving and heartbreaking to hear. It was only magnified when Tara Rushton talked with Yeoman-Dale on the sidelines before, after and at half time. In a chalk and cheese kind of moment; this duo’s interaction was delightful. 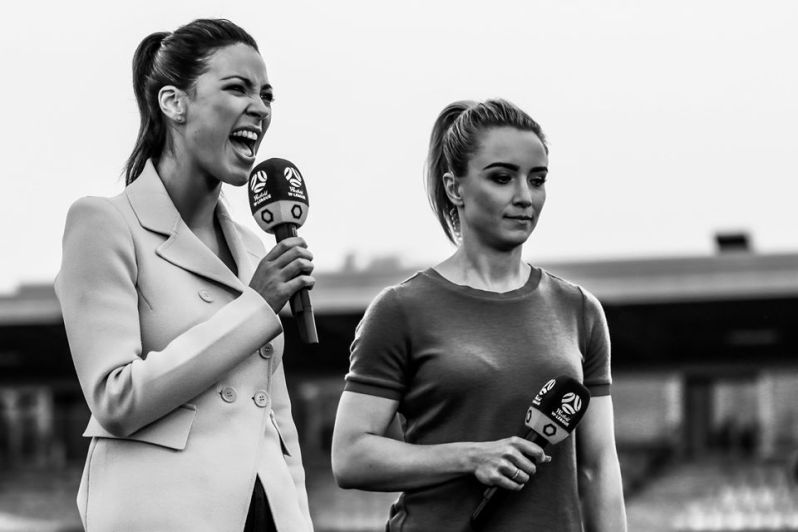 The commentary in these matches solidifies one clear thing, we need more opportunities for women to call the play by play of a match. By opportunities I’m not saying once in a blue moon, when all the men aren’t available and it’s the streamed non-tv match. I mean real, consistent opportunities, across seasons and years.

This starts from grassroots through to calling the W-League with Fox Sports.

Play by play is a difficult art form. I agree, an experienced, quality commentator is necessary for this. But trust me, there are women who know the game so damn flipping well, that with just the slightest bit of support and opportunity they’d grab the chance with both hands and become some of the best callers.

I have little doubt about this.

And why this focus on women and not just ‘better callers’? Glad you asked.

Firstly, you can’t be what you can’t see. The Matildas have fought for equality on the field. We, in the media, need to fight for it off the field.

I know I need to fight for it more off the field.

Little girls, who love the game, won’t even know being a play by play commentator is a possibility. It’s wonderful we have the story-teller, information guru on most calls for the W-League last season. However, this opportunity is often limited to ex-players.

There’s also an apparent shift happening, as the season has kicked off with only a play by play, sole commentator for the non-TV matches. And yet again, so far, this is only men.

What about those of us footy nerds, whose peak playing days were local representative games in their early teens, but can talk your ears off with what is happening on the pitch? We need something to aim for. Play by play is where we should be flourishing.

Secondly, it’s our game. Yes men are welcome to commentate, particularly when they’ve done their research and their love for our game is evident in their voice. But it’s the women’s game.

In other areas of our game, we encourage women to raise their hand and do the work. Officiating is leading the way. It is bleeding obvious over the past decade that more women are consistently refereeing across the park. So much in fact, that this season all the officials are female according to the list of referees in the official W-League season guide.

In other areas, there is also growth. For instance, slowly the conversation surrounding coaching is putting higher value and urgency for involving women. In administration, there is the recently employed 40/40/20 rule for boards to try to deal with gender equality and ensure the voices of women are at the table.

A shift needs to happen in commentating and media too.

Media needs to do better. The voices we hear commentate matches are the clearest indicator of gender equality in our industry. The current call? It’s still dominated by men. And at times, not even men who accommodate women during the call.

During a different moment with my mum, we were at a Launceston pub talking over a delicious chicken parmi and an abundant seafood platter. We were discussing work and how I could make some form of living purely on the back of working in football or sport media.

I almost broke down with frustration when all I could come up with was, if I were a man covering the A-League the way I cover the W-League, I would be paid for what I do, and have more opportunities to cover the game, including commentate.

The playing field still needs to be levelled. It might be for the Matildas now, but further afield, especially in the media, it’s not. A significant indicator of when we will know it’s more equal? Women will consistently have the play by play commentating gig.