Sitting in between Melbourne Victory supporters was always going to be an experience. The early opening goal brought gleeful celebrations, while the Wanderers inevitable reply provided groans. In the final heart stopping moments anxiety grew as the Wanderers caused chaos in the box and promised we were paying attention right through to the end. THEN. The save by Dumont after an absolute rocket looked to seal a winner. Relief so thick the final whistle went unheard.

I want to take a step back from the scintillating spectacle that was the match, to appreciate the women’s football community. I am constantly in awe of what we’ve built.

Covering sport is hard. Covering women’s sports, in addition to a game that doesn’t see much media attention across any gender in soccer, is very difficult. On a personal level, I wouldn’t be involved in football nearly the way I am without the people around me.

Watching as Lynn Williams charged towards me was a moment. Seeing Dumont’s stunning save at the other was another. But, the most memorable bit of watching this round four match was who I experienced it with.

To one side of me I had the McCormick’s. The lift from the airport to the match, then back home they provided is just the tip of the iceberg of support I’ve received from Lisa. To the other side of me was the “Chicas”. Whether it’s to bring that bit of courage, confidence or simply to chat about the game, Cheryl is a vital part of my community in football.

Watching a match, with no media commitments between people who are such pillars in my own journey was special. Remembering how to enjoy a match with mates, with no laptop or notebook in sight, was utterly delightful.

Taking the game to the country seemed fitting on a personal level. I’m most at home in the country and at a football ground. The two together is heaven. 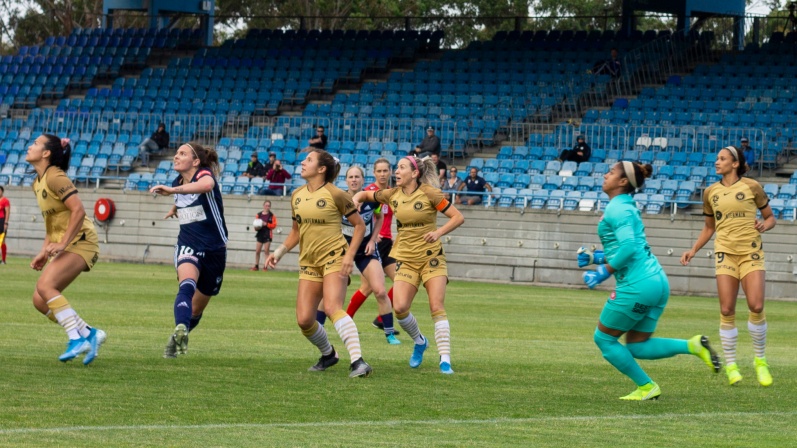 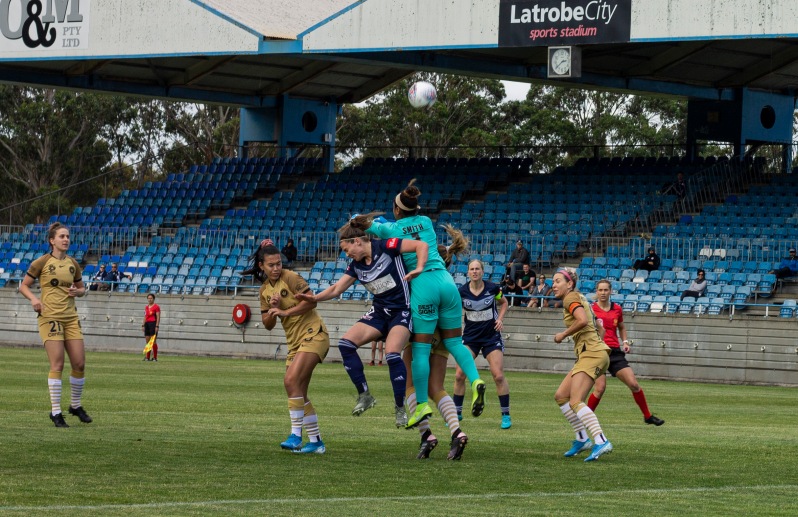 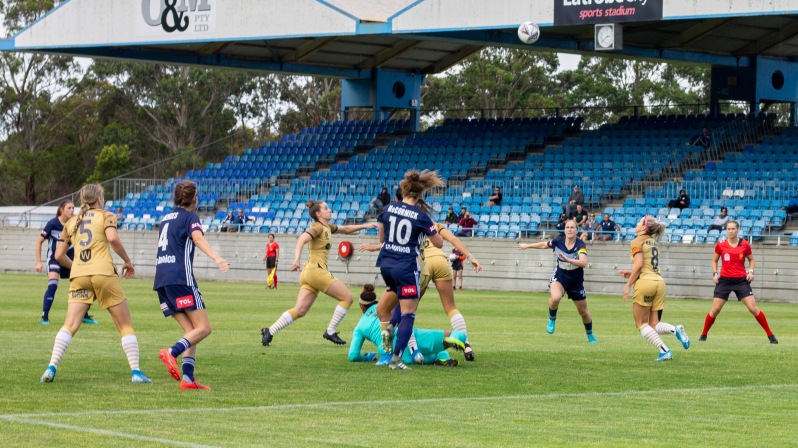 Whether the first home match for the season at Morwell was a good move across the board is probably something to ponder. I was fortunate that large parts of my community made the trek out there. However, not everyone is.

Across the board in the W-League, better scheduling of matches is something we need to continue to advocate for. The consideration of location and game times for fans must be be part of the equation of scheduling factors for our sport to continue to grow.

Country games are fantastic. City and Victory each playing opening home rounds in the country leaves Melbourne without a Melbourne match until mid-season in a competition with two clubs from the Victorian capital. That’s can’t be the most conducive to gain the momentum of home support from the excitement that is early season promise.

Melbourne isn’t the only scheduling problem. There’s matches kicking off at 5pm on a weekday, most often so the men’s match can take primetime in a double header. Along with games in isolated areas, away from public transport that must be incorporated into the debate of what’s an appropriate ground for W-League clubs.

Building community within women’s football in Australia is just as important as the pathways to producing quality players. The heartbeat of our game is found at matches with the chatter of the crowd, along with the online community, where messages, comments, tweets and likes fling around to other like minded, footy-mad people.

If you haven’t found your people yet in this community, hang in there, we’re here and look forward to enjoying this marvellous game together. We can’t wait to meet you and discuss how flipping rad the goalkeeping was this season. (Which by the way, Thursday night was a delight on that front).

Back at Morwell. The scramble in the box stamped Victory’s early authority. The few fans with flags and bongo drums behind the goal, provides a sense of something small but significant is growing. How both sides of the stands filled in the first fifteen minutes shows the appetite for the match as locals and travellers were there in numbers. Feeling the anticipation in the dying stages, where you could hear a pin drop as all eyes were glued on whether the Wanderers would nick a winner, absolutely breathtaking.