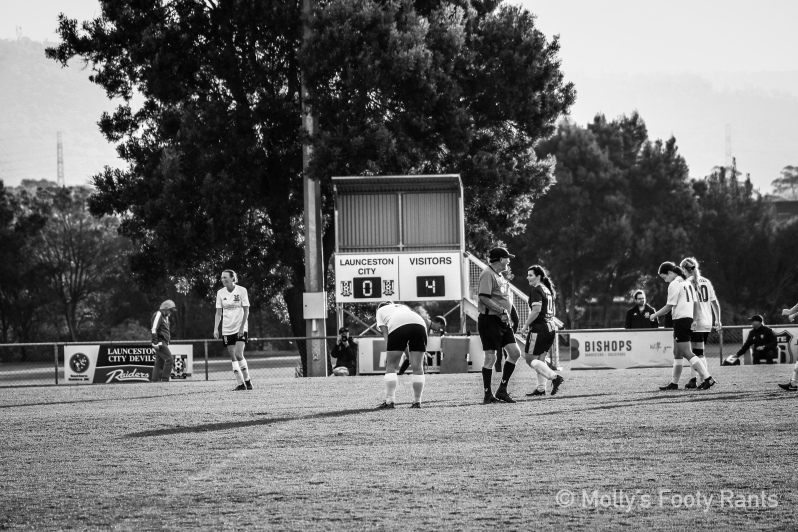 There’s something special about the noise at a football match. The directions from the goalkeeper, voices of encouragement on the pitch and “ohhs” from the crowd. Experiencing the first half from the goal end, with the home supporters, I wouldn’t have guessed this was Launceston City’s return to women’s football after a year of hiatus. A beat wasn’t skipped.

The early sign that City were lacking experience in the back was a hopeful back pass, frantically met by the goalkeeper, with an oncoming attacker in tow. The ball ultimately scuffed over the bar, but a warning mistake in the back could be costly.

An end to end contest, quickly marred by congestion that stuck around the whole match like a persistent cough. With nearly thirty minutes played, a call was made by the referee that baffled the crowd. Penalty to the away side. A Rangers player was unable to properly contest a cross in the box because of a push in the back. The opener was taken with little fuss, despite the confusion that surrounded the situation.

Rangers found their pocket of opportunity and took no mercy in finishing the half. A drop of the shoulder, swerve of the defender, to round the goalkeeper would add the second. While fumbling clearances would land at the feet of a Ranger, just outside the box. A chip, dipped to perfection would be the most celebrated goal of the match. A whoop of delight.

City came out in the second half determined to not allow Rangers the same opportunity to link up play as they did in their golden patch of the second half. It was successful. Neither side looked comfortable in the midfield contest. The struggle to find any groove or flow was very real.

Rangers would still find one more goal to cream the cake though.

The final goal had been in the making all match. The search for the ultimate and timely ball in behind the defence was successful on the counter. A clever forward released, who had stuck inside her own half but goal-side of the defenders. With half a pitch to run, it was taken in stride and confidence, as was the cool, calm and collected finish that proved the nail in the coffin.

Experience was what won and lost this match. Rangers for having it, knowing to strike while the iron is hot. The new backline was telling for City, with structural errors from formation to marking to clearances, providing the route to goal. While these area’s lost the match, there’s hope. All are simple fixes, particularly with players who like to talk in the squad.

For the first game back in a year, City have good pieces. The long break may have thrown a spanner in the works, but it shouldn’t dampen the achievement of the club in bringing back their women’s team. 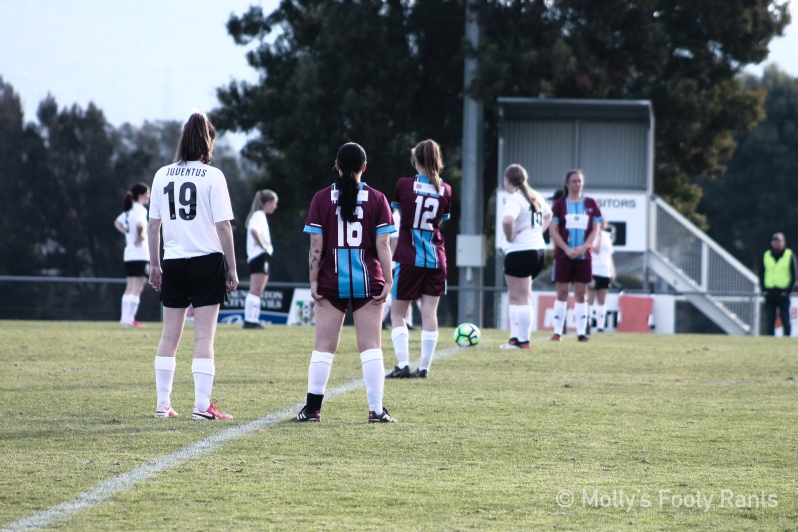