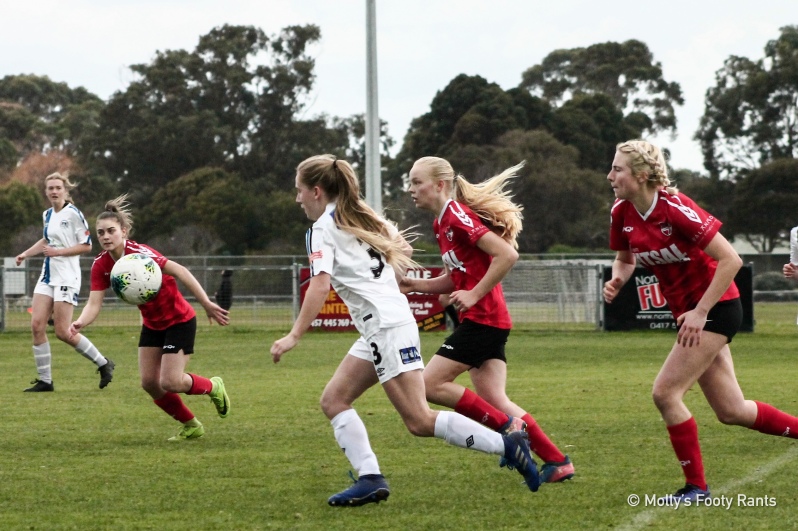 Let’s start this with a long sigh of relief. It’s mid-July, but the season opener has finally arrived. The grey skies surrounding Ulverstone’s show ground provided the stark reminder, this isn’t a crisp March day that’s often the norm for round one.

There are other reminders of the new world. Signs on entry insisting on an attendance cap, while most pivotal proves to be the lack of grandstand. This leads to walking around the away dugout until my Dad and I found the optimal spot to catch the action clearly at both ends of the field.

But really we were all there for the match.

A quick look at the team sheet and both sides have changes to their core squad since the 2019 season. New faces look to fill the gap, but big departures have been inflicted. The change of coach at Ulverstone also sees Jazmine Gorry, Lucy Foote and Georgia Foote depart, gutting the Red’s spine. For the Lions, experienced campaigners in Hanna Manuela, Zoe Horgan, Emille Tatton and Olivia Gardner all leave big shoes to fill across the pitch.

At kick off, the changing of the guard at both clubs didn’t matter. The three points did, and the Lions looked confident once they found their groove.

Early composure and working through the midfield for Ulverstone proved misleading, with the Kingborough compact, two line block unchallenged. Soon, the home side reverted to long balls over the top. The introduction of Erika Macintosh from usual on-field super sub, to goalie with a sweeper keeper tendency, saw the Lions comfortably control the threat. Ulverstone scrambled when moving forward, but couldn’t find any real penetration. 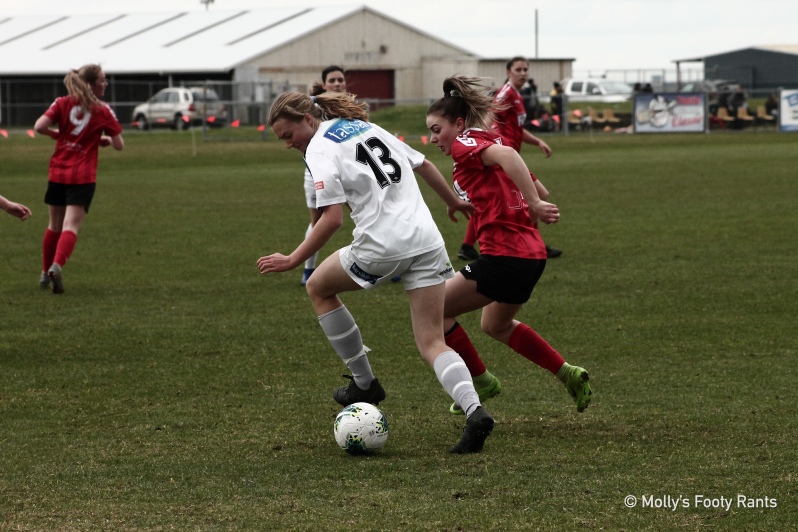 There was no dilly-dallying from the Lions, who countered directly, in similar fashion to the way one beelines it to the bar upon entering a pub. Laura Davis was unleashed to leave defenders on the ball feeling hot under the collar. Ulverstone goalkeeper Georgia Anderson was forced into a number of quick, diving saves throughout the half.

Warning signs of wayward back passes, witnessed at both ends of the pitch, were left unheeded, providing the opening goal. A short pass sold out Anderson, who had Davis bearing down. The Lions forward opened her WSL campaign seconds later. 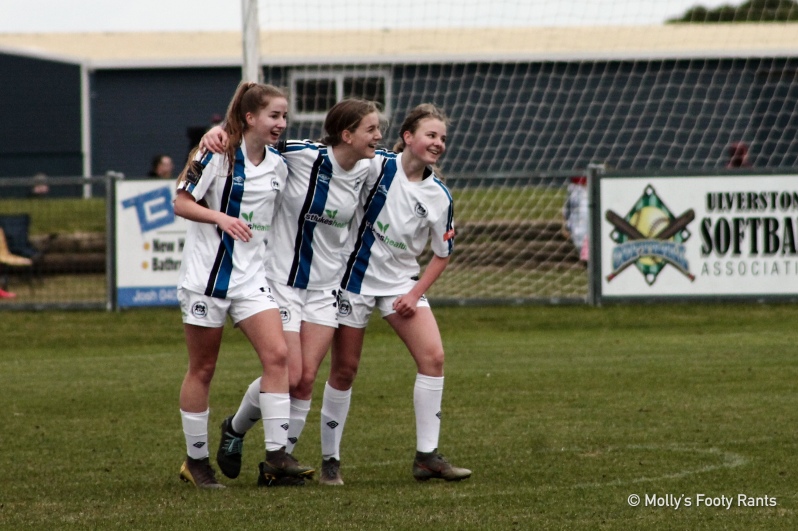 The Lions discovered space was found on the flanks, but last gasp defensive efforts and keeper magic kept the score to one goal by half time. Ulverstone reeled in the crowd, with a corner flashing past Kingborough’s goal mouth, begging for a back post finish. But the Red’s best opportunity of the half would come in the dying seconds. With pace entering the box, an Amy Bissett tumble led to a strong penalty call. Cleared by the referee, Ulverstone pressed for an equaliser but the whistle for the break soon followed.

The parity of the first half came to an end in the second. Kingborough were dominant, the half time talk likely a “how to” – to outnumber Ulverstone’s three player defence. The formation is a favourite of past Reds teams, but today it was executed without the security of Georgia Foote floating between defence and midfield to provide stability.

Kingborough had the lion’s share of the territory. A piece of magic arrived when Isabelle Dadswell, at fullback, controlled the ball between two Ulvie players, turned smoothly, surged forward, then quickly executed a thread-the-needle pass that ran just too far for Davis.

It was only a matter of time before the Lions capitalised. A tripping tackle in the box was enough to draw a penalty, after working the ball into a threatening position. Davis slotted home her second and went on to drive her side’s attack in search for more.

Puffing with confidence, Kate Bonertz-Benn went on to produce an absolute worldie. The ball was laid off to Bonertz-Benn at the top of the penalty D, as Lions outnumbered the Reds defenders, . The end result saw the cobwebs cleaned under the goal frame and joy spread across the face of the youngster. 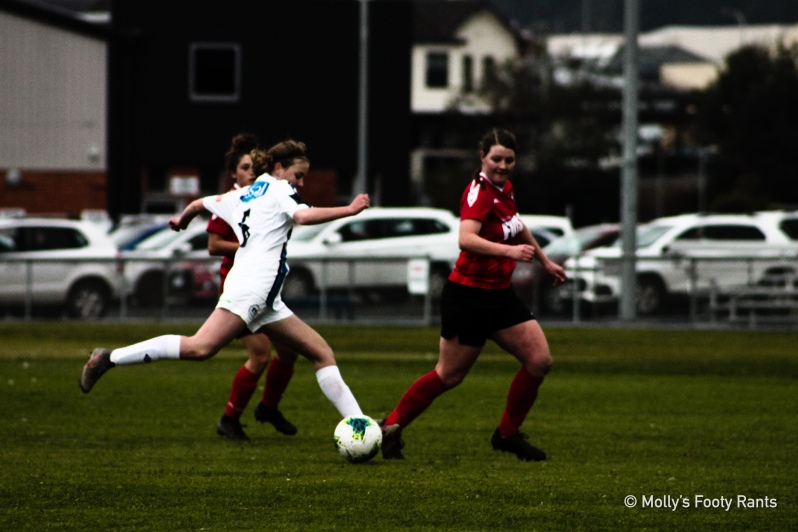 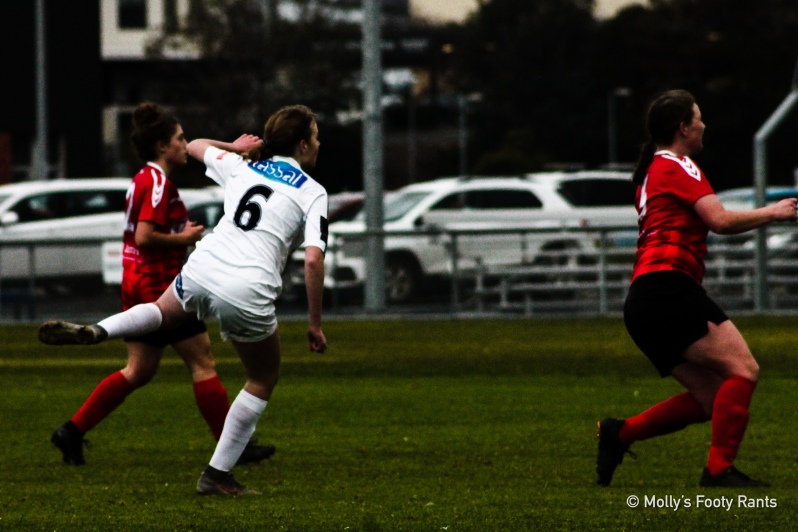 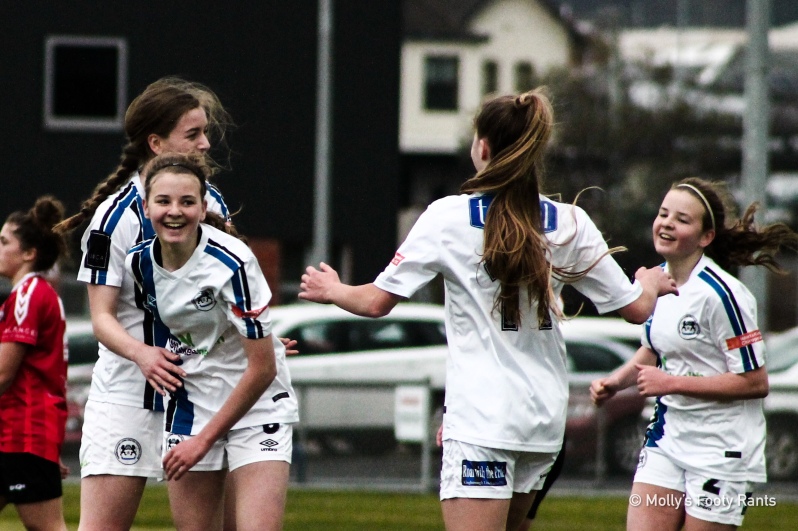 Ulverstone shortly found their urgency. Three down, but not out, the ball finally moved out of its second half home to visit the other end of the park. The successful adventure might not have been pretty, but the inability to clear the ball by the Lions and the Red’s ability to create havoc off corners sparked the match to life. Mikalha George opened her account for her new club with a tap in to calm the chaos.

With the score 3-1, the heat suddenly turned on, almost warming those of us freezing on the sidelines. Crunching challenges flew, with Ulverstone sniffing an opportunity and Kingborough firing to remain in control. 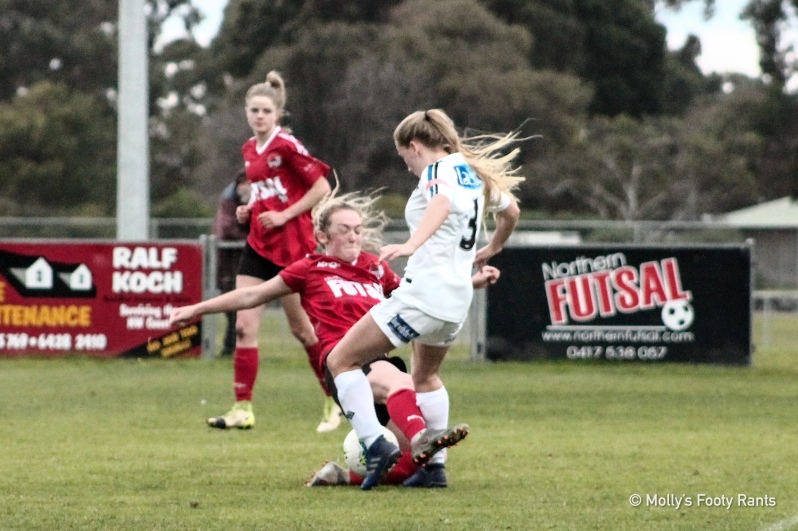 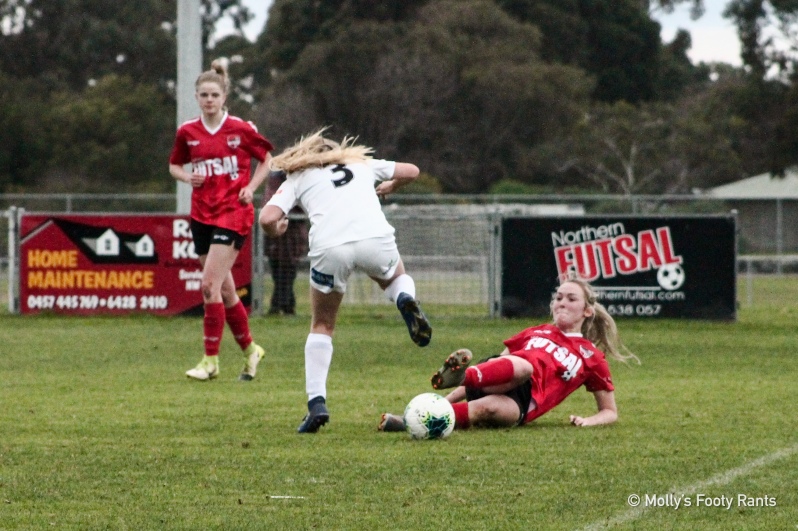 The feisty awakening at the end of the second half wound up for nought, with the result already locked in. Kingborough opened their campaign with a convincing win on the road. It’s a slow start for Ulverstone, with new puzzle pieces requiring more flexibility than Saturday provided.