It’s that time of the year again. Time for the half season report cards. What better way is there to do it than to offer them to you by mixing the holiday season and football together. So I give you the Christmas Desserts W-League Season Mid-Season Review.

I love dessert and football, plus Christmas grows on my around this time of year, making it an easy solution to mix the three. Pre-warning, my family Christmas dessert usually consisted of either just the usual suspect of a pavlova or some ordinary dessert that was just consumed after Christmas lunch. So the variety to find 9 different treats wasn’t the easiest, but we’re here now and better for it. I hope you enjoy!

Bringing the spice back into the league and all with solid foundations. It’s taken a couple season for Victory to get their house to not fall down at the hurdles this league throws. They’ve been developing their royal icing, and finally seeing results as it looks like they’ve created a fabulous solid gingerbread house. Gingerbread is usually one of the early Christmas desserts, much like Victory rising from the pack early, however hopefully they remain at the table by the season’s end.

Mince pies hold tradition for Christmas, and what’s more traditional than a Perth Glory side relying on a Sam Kerr led attack to paper over any potential defensive weakness? They’ve got substance and spice in their attack with Hill and Mautz also about, similar to that of a mince pie. Somehow mince pies always make a comeback onto every Christmas party food list. Perth have well and truly found their inner mince pies this season, always able to find a way back into a match, even if it means another flaming draw. 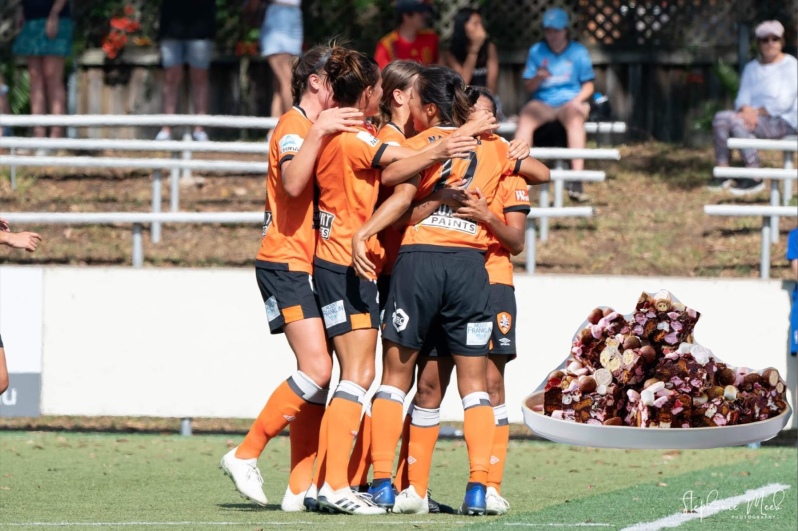 It’s all about the variety. If you’re rocky road you’ve got to keep everyone on your toes and mix it up a bit. Roar have done that this season. Some games have been a bit dull and tough, much like the nuts found in the delicious chocolate. But other times have been super sweet and delightful, like the moment Bourille plays a sweet sweet ball into Yuki to extend their lead. A moment reminiscent of when marshmallows mix just right with the chocolate. The combination of the two are needed just as much in this league for the Roar as it is for the right balance in a good bit of rocky road. 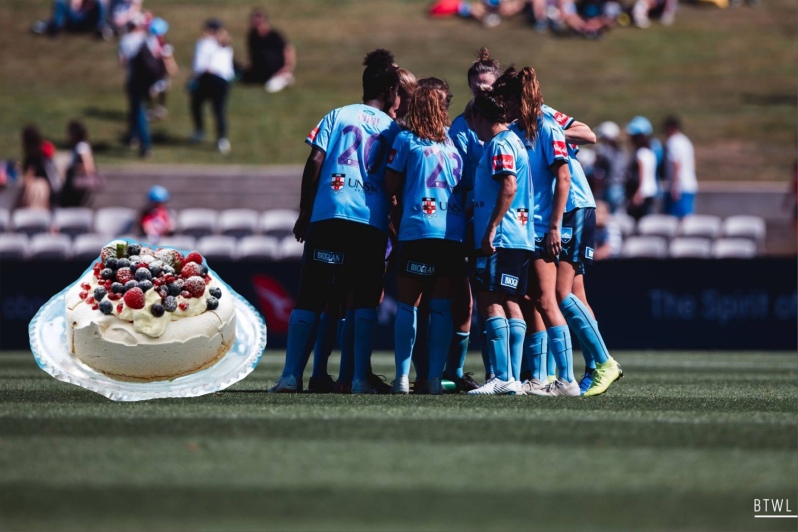 Both always look good right? Sydney’s forwards look as sweet as those berries and passion fruit you’re going to be throwing on the Christmas Day pavlova. But the middle is a bit soft and weak, reminiscent of Sydney’s soft start to the season, losing three on the trot. But underlying there is the strength of a top 4 side, with big victories coming at crunch times, reminiscent of the crunchy bottom supporting your favourite pavlova.

The surprise package of the season, a bit like the surprises that are held within a trifle with its mix of jelly and cake. They’re a side super sweet when on point, especially with Latsko leading the line. A surprisingly beautiful team to watch off the ball that can make you feel mooshy when on they’re song, just like the old trifle. More importantly is trifle somehow remains a solid, and that’s how Adelaide’s defence has been to kick off their first four games of the season.

Is it a Christmas dessert? Is Canberra still the Canberra everyone knows and loves? These are the questions one begs to find answers for. A bit of a wild card, that whilst the old guard may have a sniff and wonder what happened with the fruit cake, mostly everyone is on board because they’ve just got a style and swagger to them that draws in an audience. Though if they’re running slightly stale, all is exposed and immediately questions are asked of is red velvet cake actually worth of the Christmas dinner dessert table or is Garriock the right fit for Canberra? (My opinion is yes to both)

On paper both look good. Equally, they both even give a strong showing when they’re on point, which everyone enjoys. But all too often tarts are neglected from contention on the Christmas dessert table for fancier forms of desserts, like how the favourites tag has left the Jets early this season for the slightly fancier looking sides. Don’t worry, it’s still got class and a stellar support of a pastry system as the tart does across the field. The key will be to ensure none of those key, pastry forming players crumble like a tart pastry can do sometimes. We really don’t want a crumbling tart disaster like end to the Jets season now do we?

Just always there. No one particularly likes it, apart from the diehards fans or if they’re particularly brilliant. It takes a long time for a good Christmas cake to develop into something people actually want to eat, and once again it’s taking a some time this season for City to reach their peak. But no matter the performance, they’ll still wind up on the table at the end of the night, like how City will likely be at the table for the championship.

Their season so far has been a bit crumbly really, like finding that shortbread in the bottom of your packed snacks to discover it’s turned to crumbs. But it looked so delicious and full of potential, much like WSW’s side. Ultimately everyone winds up loving them, even if it’s because they always turn into crumbs. Hopefully WSW can find some luck and wind up remaining a full shortbread ready to take bring on some surprises, like what a shortbread has macadamias hidden within.

For those who dared to dream thank you. You’ve made it a reality.
Bigger than football
Western magic
It’s that time of year, THE DUB IS COMING BACK.
MERRY DUBNESS
The little things.