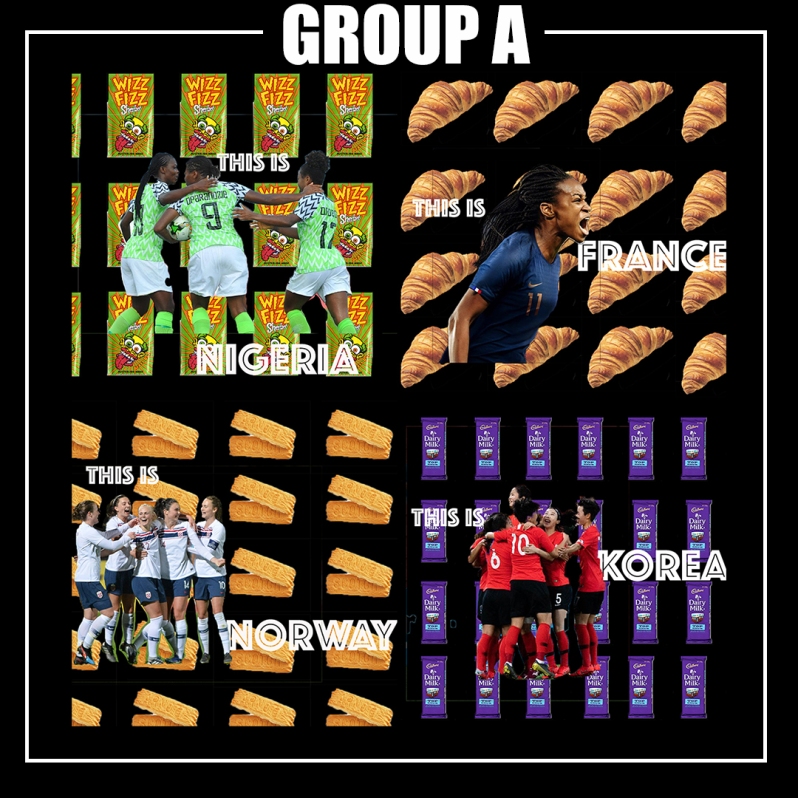 It’s finally that time. No, not Christmas. THE WORLD CUP. It’s just around the corner, and if you squint real hard you can probably see the sleepless nights and heart-thumping contests already. But to warm you up, here’s your dose of group tasters. It’s where you’ll get to experience a taste of each side, before you see the real deal next month. For the month of May, every Tuesday and Thursday will be a dose of food for thought with each group drop.

So sit back, be ready to drool, and enjoy.

The age old problem for France will be whether they can score on the day. It’s all a bit like buying a fresh delicious croissant at the bakery, one of two things can happen. One can be the disappointment of a poor quality croissant, which is how most feel when France muck up their opportunities in front of goal. But a good croissant? Well that’s the best thing you’ll have all week.

France are a super fluid, pretty football type of side. They can kill you with combinations between the lines if you’re not tidy in tracking your players. France’s build up play is mesmerising across the park. Particularly so when they can involve their high fullback, who you can confuse as traditional wingers if you’re not paying attention.

Without the ball they enjoy utilising their pivoting, quality midfielders to protect their defence when under the cosh. Importantly, they’re comfortable in mixing up their formation. With this the side are able to adapt to their opposition without letting that totally dictate their style of play.

A bit like top deck Cadbury block of chocolate, there’s two different sides of Korea we could see at the World Cup.

For their top, white chocolate side, Korea are an exciting outfit, looking to hit the gas and attack. They’re able to flood the final third in numbers, with players producing some dazing runs off the ball, creating space and excitement. For the dairy milk side, this is a side who will shut up shop before you even realised it was open. Don’t be fooled if they continue to play an attacking style in the lead up to the Cup, they can protect the goal better than teenage me protected my food around my dad and brothers.

A key position for South Korea is their holding midfielder, likely filled by Y Lee. This is where the game will be won or lost for Korea, not the approach they attack the game. At their best, they will break up the oppositions attack and dictate play here. At their worst, they’ll barely see the ball all match and have a marker stuck on them like a fly. 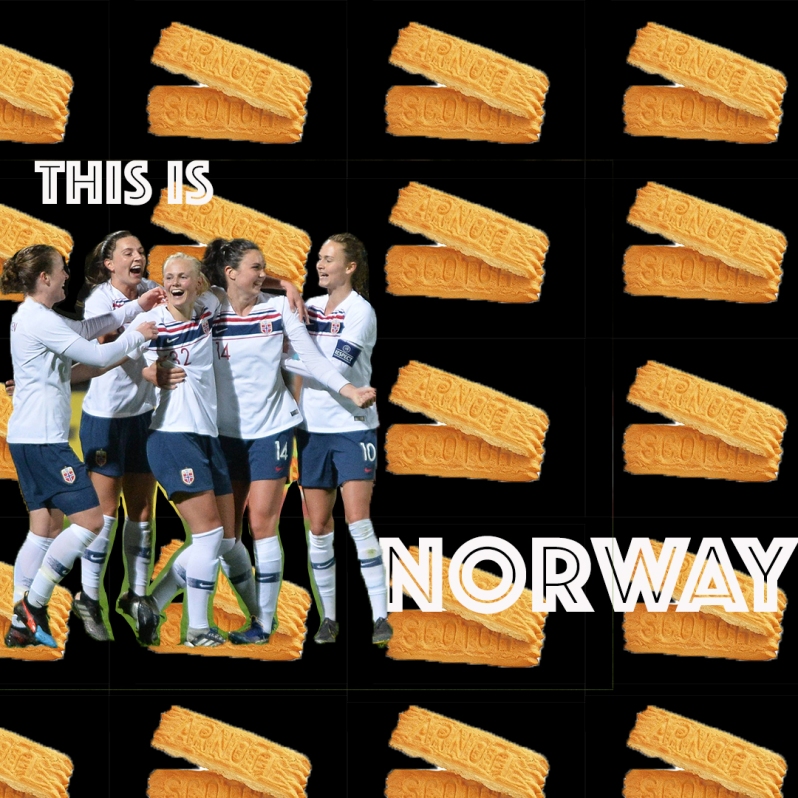 Much like how a scotch finger biscuit will get me moving forward to reach it, Norway is all about heading towards goal when on the ball.

If found soaking up opposition pressure, like a scotch finger biscuit soaks up tea, Norway can spring into attack with a quick break and have three players make themselves available up top, moving from a 442 defensively to more of an attacking 433. Essentially, on the ball the first move from Norway will always look to play their first movement forward. With everyone on the same page, this gives them the jump in attack.

Defensively the side will use their attacking players to press and not allow teams to comfortably play out from the back. Norway are a well structured outfit, who are able to squeeze a side into a the pockets. Will this structure be enough? And for all their forward looking play, will they be able to find the back of the net?

What will be key to seeing Nigeria score will the their flying wingers, who fly faster than a kid eating wiz fizz. I’m half convinced they eat wiz fizz to prepare for the match and at half time. They’re pinging.

In all likelihood, the reality is Nigeria will be looking at remaining defensively sound in this tournament. They’ve shown themselves more than capable of it. A side who like to create congestion in the midfield and defence, creating a really solid, organised block. They force their opponents to play wide due to their structure. With a goalkeeper who’s had plenty of pundits in Oluehi, only a fool would think this side will be a walk over.

The pace Nigeria have up top is bound to be a fullbacks nightmare. Whilst the flanks will be an area they will likely look to utilise often in attack, they can also mix it up and play through the centre of the park with players able to carry the ball out and into spaces in transition.