It’s now September. This means the end of weekly travels on the Midland or Bass Highway. I have seen those stretches of road more since March than I ever had before. Cheers to MoodFood outside Kempton, with your delicious hot donuts and the rain that would inevitably come for the journey back to Launceston on the Bass Highway.

Enough about the travel. (We need more teams in the North.. What? Who said that..)

2019 brought a feast of football, even with the competition of the Women’s Super League consisting of six sides. There were some nail biting come back wins, excellent banter in the crowds and delicious bites to eat after matches.

Every section of the ladder saw a two horse race. The tussle for third place between Kingborough and Ulverstone, the fight to stay off the bottom of the ladder between Clarence and South, and the race to demand the headlines, the of for top spot between the Zebras and Warriors. While some of the competitive edge was dampened with the less predictability more teams provide, these paired battles brought excitement every weekend.

There’s a lot to be said about this competition moving forward. However, for this moment, let’s look back at each side and compare them to something I had far too much while on the road during the course of the season, fast food joints. 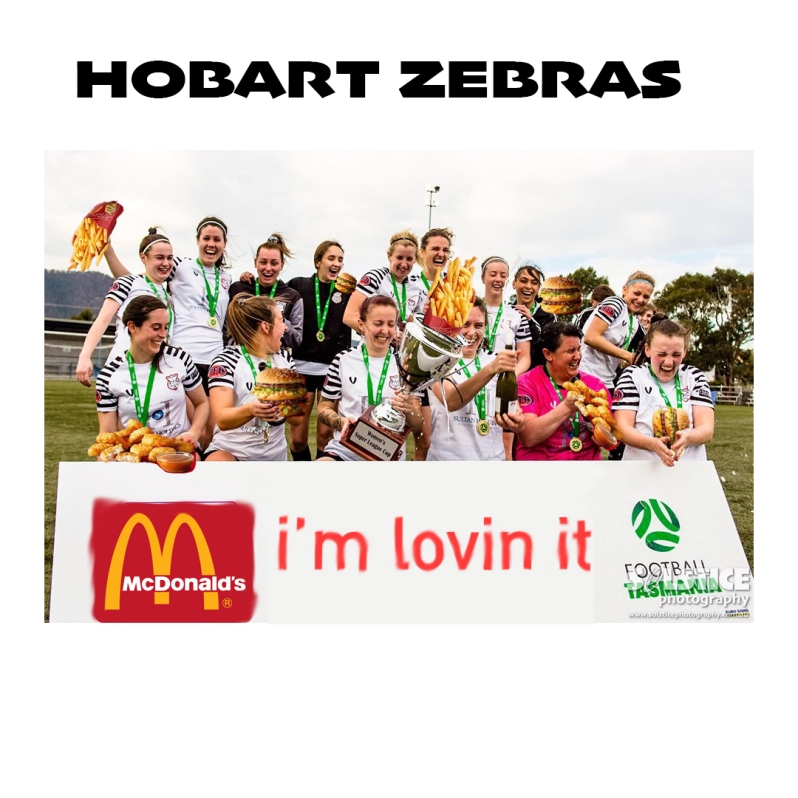 A side who know how to mount a good come from behind win. They took the ultimate silverware up for grabs while screaming “because I’m loving it”. No matter how much or little competition is about, McDonalds is a well oiled machine who always know how to put their noses ahead of the pack. That’s how the Zebras played their season. The team in black and white proved experience and the ability to adapt to their settings wins championships. They had that experience and ability to adapt in abundance.

There’s a clear game plan and philosophy at the Warriors. They provide the silky smooth combinations like that hidden KFC spice formula, while their use of the flanks when moving in attack are finger licking good. It takes guts to stick with a particular philosophy, even more skill to execute it game in, game out. Much like how KFC executes theirs with chicken. A young side, with many key players tasting Tasmania’s top flight for the first time. While the original recipe of the side saw early success, the heavy weight that is Maccas just knew how to finish the season off with that bit extra.

A touch of pizza because that’s a favourite post-match delight in the North West. But hear me out ok. When experienced players are unavailable in clusters early in the season, the 2018 champions simply gave a nod of the head, and decided to be the key to dictating how the top two finished in a the tune of the Dominos slogan, ‘it’s what we do’. Key wins and losses against the Warriors and Zebras were essential to how the table panned out. Bringing back key players to this side was a lot like bringing cheese back on pizza after a spell of attempting a lactose-free diet. Essential to compete and delicious. 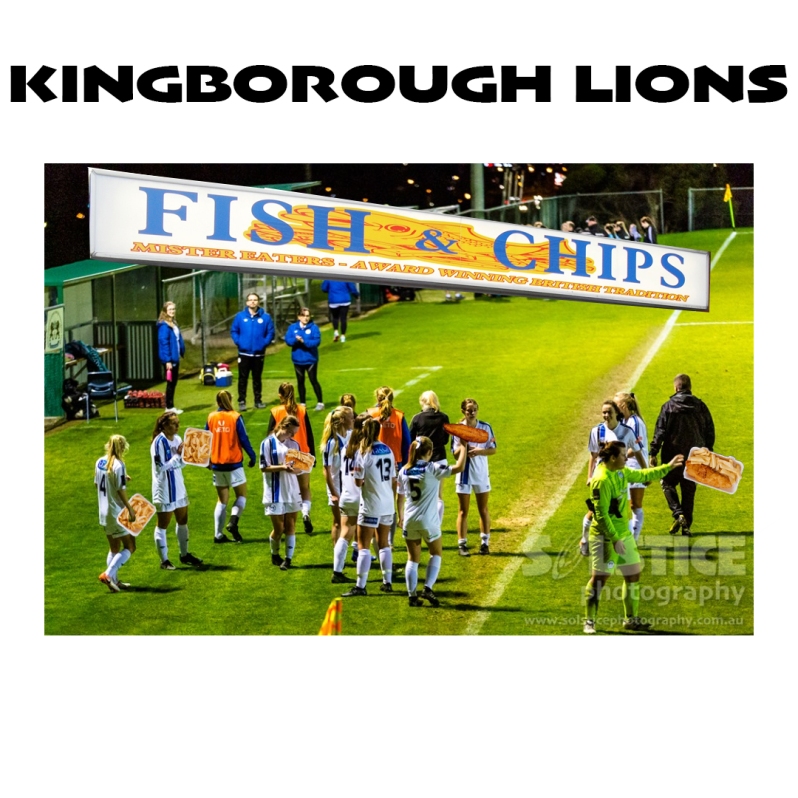 A side with the potential to produce the potato scallop of your dreams. On other occasions the legs to go up against the big players of Maccas and KFC saw a gap in consistency that is much like the local fish and chip shop. This season the Lions were unable to shake off that ‘Cup side’ label, in a way familiar with being unable to shake off salt from an over seasoned box of hot chips. Bringing in some key ingredients of experience saw the side win a couple big matches, however they’ll have to work on remembering what that recipe is so they can produce it on-mass across the season like the other big teams in the competition.

To avoid the bottom of the league once again definitely provides some optimism. Unfortunately the success of Clarence across the season is similar to the success of my trips to Hungry Jacks without someone puking up (a legit reality in my life ok). A goalkeeper who can perform heroics and a few deadly good defenders is much like how good the burger actually is at Hungry Jacks. But it’s the rest of the burger, such as the bun, sauce and pickles (if they’re your jam) as well as all the sides and extras that make a competitive side. Clarence didn’t have that bit extra to dig deep against the top four sides.

Much like how Red Rooster is missing in Tasmania, many of the players to grace the field from the clubs inaugural season weren’t in Red this time out. Unfortunately without the depth and experience of other sides, they were unable to produce an unexpected result to lift them from the bottom nor hold out a match when they did have the edge in. South have a particular way of play, the same way Red Rooster have a particular way it cooks chicken. This predictability did no favours when they were up against sides who could produce a better flavour of play. There’s hints of promise in the core youth of the side, let’s hope they travel better over time than taking Red Rooster’s chicken interstate.